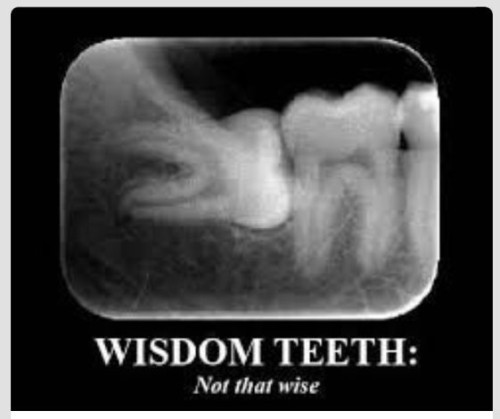 Wisdom teeth are the rear molars that erupt last, sometime around the late teens or early 20s. There are normally two wisdom teeth in the upper jaw and two in the lower jaw, but some people have fewer than four or even none at all. Wisdom teeth can cause various oral health or dental problems, including overcrowding and impaction. Common problems associated with impacted wisdom teeth include gum infections and tooth decay.

Impaction is where the wisdom tooth erupts at an angle which causes it to butt against the next-door tooth (hard impaction) or the gum (soft impaction). A wisdom tooth that grows on an angle can’t contribute to chewing, which makes it useless and at times painful. It is sometimes recommended that problem wisdom teeth be removed. X-rays taken while the teeth are still erupting can show whether or not they will cause difficulties.

Unity Dental is all about you, the patient and making sure you’re cared for. Call us now to see how we can give you the best smile for life!